Last week I watched the PBS special about the Tony award winning Broadway Musical – “Hamilton.”  For some reason I find myself really interested in Broadway Musicals these days.  What struck me the most about this particular special were the interviews with the actors and actresses, most of them people of color, who are playing the roles of the Founding Fathers, people who were mostly white males, and slave-owners to boot.

They all admitted to powerfully and personally feeling the “push/pull” of this fact.  Playing these characters on stage, they confessed to being awed by the nobility, heroism and genius of these historic figures.  But as people of color, they also admitted to feeling deep in their bones the ugliness, ignorance and evil to which these historical figures were culpably blind and willing perpetrators. “So, how do you reconcile this?” the interviewer of the Hamilton cast in this PBS special kept asking the actors who play the parts of Washington, Jefferson, Hamilton and Burr.  And their response was simple and direct – “They’re both true.”

There was greatness in our Founders, to be sure, and depravity, without a doubt. But then again, there is greatness in us too, in you and me, and depravity as well.  Let go of either of these twin truths about our humanity, and you’ll wind up in the ditch of romanticism and utopianism on the one side of the road, or in the ditch of despair and apathy on the other.  To keep the car in the middle of road and moving forward you’ve got to keep a steady eye and firm hold on both the possibility of grandeur that resides in our being human, and on the reality of the misery and miserableness of our being human as well.

I remember an exchange that Randall Balmer had with Doug Frank at the Oregon Extension of Trinity College on his “journey into the Evangelical subculture in America” narrated in his 1989 book Mine Eyes Have Seen the Glory (Oxford).  Doug Frank referenced the exclusionary tendencies of Evangelical Christians in drawing lines and making judgments about the spiritual condition of others.  He said –

We put ourselves on the good side of that line and figure out who’s on the bad, so that we can take our shots across the line and justify ourselves.

Then he contrasted this way of thinking with what he found in the New Testament, concluding –

Instead of lines being drawn that separate us into good and bad categories, Doug Frank argued that we should drawn a big circle instead that takes all of us in as sinners. And isn’t this the big point of the story of the woman taken in adultery (John 8:1-11)? Christ’s invitation for the sinless in the crowd to throw the first stone drew a pretty big circle, big enough in fact to take them all in. And because there are no “sinners emeriti,” it’s a circle that just keeps expanding to take all of us in today.  Sure, Christ called for change, for real transformation.  He told that woman at the end of the story to “go and sin no more.”  But that’s a word that can only be heard when it spoken inside that circle. Nobody, except for Christ (Hebrews 4:15 – He is the One without sin), can stand on the outside of that circle and say it to people who are on the inside.  This is the crucial difference between something being judgmental, and something becoming redemptive.

“Simul justus et peccator” the Protestant Reformer Martin Luther used to say. We are at one and the same time righteous or just, and sinners. Both things are true of us as Christians all the time, and it is cruel to think, speak or act otherwise, at least that’s what Francis Schaeffer said –

In the home, in the man/woman relationship, nothing is more cruel than for the wife or husband to build up a false image in his or her mind and then demand that the husband or wife measure up…

When a parent demands more from his child than the child is capable of giving, the parent destroys the child as well as alienating the child. But the child can also expect too much of parents… And because the parents does not measure up to the child’s conception of perfection, the child smashes the parent…

How many pastors have been smashed because their people have expected them to live up to an impossible ideal? And how many congregations have been injured by pastors who forgot that the people in their churches could not be expected to be perfect?

In his sermon “The Weakness of God’s Servants,” Francis Schaeffer explained –

Sin is serious business and we must never minimize that… (But) even after redemption, we are not perfect in this present life. It is not that we avoid saying that sin is sin, but we must have compassion for each other, too… The realism of the Bible is that God does not excuse sin, but neither is God finished with us when He finds sin in us.

A theologian whose writings I find both provocative and helpful is Andrew Basden. He has a rather startling essay – at least to my “Disciple” ears – on “The Beauty of Original Sin” posted at http://www.basen.co.uk. He begins –

The idea, or doctrine, of Original Sin got a bad name, probably because of dour Calvinists (who were very unlike the real Calvin). But, in fact, it’s a very liberating notion.

And then, in quick succession, Andrew named seven ways in which the idea of Original Sin, “linked with God’s redemption, is a real blessing… profoundly beautiful, and completely practical” – 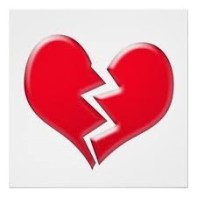 “They’re both true.” That’s what the actors in “Hamilton” – almost all of them people of color – said when it was pointed out in that PBS special that the genuis and courage of the historical characters they are immortalizing on stage were all deeply flawed individuals as well.  They refuse to excuse the darkness that they find in them, and they can’t ignore the nobility of what they attempted and actually accomplished.  The line between good and evil, between darkness and light, between human grandeur and human misery is a line that transects each one of our hearts, and it would be dishonest for us to think, act or speak as if this wasn’t true of us, just as it would be cruel for us to think, act or speak of others as if it weren’t true of them as well.